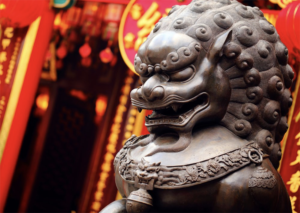 CrowdStrike has pulled back the covers on a Chinese cyber espionage operation from 2010 to 2015 to exfiltrate IP from Western aerospace firms in order to develop its C919  passenger jet. The jet, which made its maiden flight in 2017, is powered by a Chinese-made turbofan engine that seems to be suspiciously like a turbofan from American-French company CFM International. CrowdStrike suspects TURBINE PANDA, a mixed group of Chinese hackers and intelligence officers from the Ministry of State Security’s Jiangsu Bureau.

Read the CrowdStrike article : Huge Fan of Your Work: How TURBINE PANDA and China’s Top Spies Enabled Beijing to Cut Corners on the C919 Passenger Jet

Steve has been warning for years about this threat – see his  Fox News Interview from back in 2013 – and the potential financial impact to be felt by China's years long IP theft campaigns  – Steve calls it “Chinese digital water torture.”

In this podcast, Steve lays out how we got here and what organizations can do to protect their competitive future.

Some of Steve’s key points:

LISTEN TO THE PODCAST:

Jack Jones’ Cyber Advice for the Feds: Listen to the Cheshire Cat

6 Cybersecurity Trends for 2022 & How to Prepare