Which Cybersecurity Solution Delivers the ROI for an IT Services Company?

At the same time, the CISO had to squeeze everything possible out of a tight information security budget, and they thought that 'quantification' would be the way to do it.

There was another key moment. We had a skeptic to the whole process who said that quantifying cyber risk could not be done, and we proved that it could.  That was the legal counsel. And that’s no surprise because lawyers don’t like putting ceilings on the cost of anything! Here’s how the analyses worked out for one security solution vs. the other. 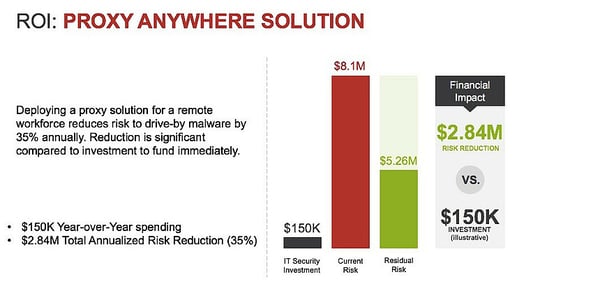